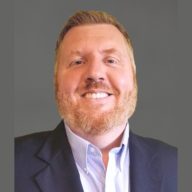 Pradeep Ittycheria is a veteran technology executive and entrepreneur with two decades of experience managing software product engineering teams—yet lately, every time I see him, he seems more and more excited about his job.

Pradeep is the Chief Technology Officer of Kasasa, an Austin, TX-based award-winning software provider that gives community and regional banks the same advanced technologies, products, and services as large multinational banks. As he explained to me on a recent episode of my podcast, Capital GEEK, “We’re giving community banks the tools to compete with big boys and win. It’s not often that you get to work at a company that’s saving an industry.”

But the spring in his step also has to do with what he sees as a new era of data democratization, in which companies, and even entire industries, are learning to leverage the tremendous power of the untapped data we’ve all been sitting on for so long.

What does this mean, and what are the ramifications for entrepreneurs and investors? Here are a few highlights from our conversation.

I think of Kasasa, which now has 450 employees, as a powerful bat that local and regional banks can use to beat off the bullies, and survive. They’re empowering what has traditionally been the underdog in a legacy industry by leveraging a network of 900+ community banks that would never be able to compete alone. They’re both bolstering an industry and giving consumers a better banking experience.

“What is really interesting is that nine out of ten consumers would prefer to bank with a community bank if they believed the regional institution had the same products and services as the mega-banks,” says Pradeep. “They like the idea of a community bank, and knowing you can pick up the phone to talk to somebody real.”

Whereas a community bank might traditionally turn to a small marketing agency, for example, to create its marketing programs, Kasasa leverages data from 900 financial institutions to create data-driven marketing campaigns. This means they’re using millions of records of third-party data to determine the right targeting model, rather than relying on one single institution’s historical data (or a marketer’s “gut” feelings).

“We look at data from a scale perspective,” Pradeep says. “What I get excited about is how data can be productized as an offering, which allows you to think about creating capabilities that actually give you an advantage over your competition.”

The Beauty of the Network Effect

The Kasasa model of pooling, democratizing, and productizing data from a network of institutions represents an important step forward for data science as a whole. Instead of seeing data as something proprietary to hold onto, banks have become more open to sharing data with the right partners in order to bring more value to their customers—which points to a seismic paradigm shift opening possibilities beyond the banking world.

“It’s no longer a conversation about technologies. It’s about whether we’re willing to work with everyone else in the industry to get better results for all. And that has made this whole thing more exciting,” Pradeep says.

Imagine a network of small family farms, for example, becoming newly empowered to take on Big Agriculture by sharing their data. Or take our portfolio company BurstIQ, a blockchain-based health records management platform that grants millions of records of data to researchers and scientists while withholding the sensitive data patients don’t want to share.

“For many years, the conversation was always about whether or not we’d have enough good data to create enough variability or good models,” says Pradeep. “Now we have realized that the IP is not so much in the model. It’s in what you do with the model. So everyone’s getting a little more open to sharing across networks.”

Data as an Asset: How to Get Started

If conversations like this quicken your pulse, you’re not alone. So I asked Pradeep how today’s CTOs should be thinking differently about data than they might have previously, at the highest level.

His advice: First, identify what data stores you may possess and build processes around data collection, even before you decide what you’ll do with your data. Then, think about data as an asset—not a technology—and hire accordingly.

“Step one is to first identify what data you have, and figure out how you’re going to collect that data and put processes around it in a way that’s scalable,” he says.”Step two is to stop thinking about data as a utility (i.e. something you tap on and expect data to come out of) and instead think of it as a product, and put a team and a roadmap around it.”

A useful analogy: Think of your data capabilities like a pyramid, in which the strength and scalability of the foundation will allow you to keep building even to heights you may not have imagined at the onset—whether you’re solving internal business problems or leveraging data as a service.

“It doesn’t matter what kind of company you are, you’ve got data you’re not leveraging,” Pradeep says. “There’s so much you can do with that data, increasing your market share or increasing penetration of an existing market, or changing your product strategy. I’m just excited about all the value that’s sitting there untapped.”

Don’t miss our full conversation on the Capital Geek podcast, in which we geek out about network effects and Pradeep shares best practices for introducing and advancing AI as a part of your product strategy and roadmap.

Josh is CTO at Elsewhere, supporting the investment pipeline and providing portfolio companies operational and domain expertise beyond capital investment. He has been an Elsewhere Operating Advisor since 2015 and advised numerous companies including Vyopta, ActivTrak, BurstIQ, and others. Hear more from Josh on his podcast CapitalGEEK and Twitter.