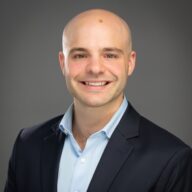 Remote Work is Here to Stay

At the end of May, tech giants Twitter and Shopify made headlines by announcing they would allow their entire 5,000-person strong workforces to continue working from home — permanently.

Both companies framed the shift as a simple acknowledgement of a new reality. A recent survey conducted by MIT economists found that 50 percent of Americans now work from home — up from 15 percent pre-pandemic.

This represents the biggest workforce upheaval since World War II.

“We expect that the majority of people will work from home and home offices in the future,” Shopify CEO Tobi Lutke told Bloomberg News, “The choice is really, are we passengers on this tidal wave of change? Or do we jump in the driver’s seat and try to figure out how to build a global world-class company by not getting together that often?”

These tech juggernauts may have been the first to recognize how definitively the COVID-19 pandemic has untethered us from traditional offices, but they’re hardly alone. Many founders I’ve spoken to in recent months have expressed amazement that their teams’ productivity hasn’t faltered at all despite moving to fully remote work. Even those CEOs who held most firmly to a “butts in seats” mentality six months ago are now rethinking their policies to incorporate long-term flexibility.

Our team has a long track record of backing entirely remote teams and the software that supports them. In our portfolio, Airbrake has been a remote company since inception. ActivTrack’s workforce management software platform is particularly valuable to remote teams. ActivTrak uses its own software extensively and has doubled its employee base during Covid, onboarding new employee in this remote environment. Vyopta’s collaboration and communication analytics platform has helped companies manage 2-10x+ surges in usage of Microsoft Teams, Zoom, etc.

Because we’ve been bullish on remote work for so long, we’re excited to see more businesses embracing it. If business leaders can successfully adapt to this new normal, I’m hopeful it may even eliminate some harmful elements of startup culture and light the path to a better way forward.

For years, analysts have pointed out that outlier cities have benefits for both employers and employees. The average engineer salary in Silicon Valley is $124,000, compared to $90,000 in Chicago and $84,000 in Omaha. And for that Omaha-based employee, the cost of living is about one-third less than that of his/her counterpart in San Francisco. This means the company’s lower salary expense does not negatively impact an employee’s lifestyle or decrease the attractiveness of the offer to recruits.

As remote work becomes the new normal, this math becomes even better for everyone. Employers can adjust their salary costs without having to invest in real estate in new places. Employees can take advantage of living in their hometowns or in less expensive cities without sacrificing job prospects.

The potential result: Burn rates will more closely resemble those in the “Elsewhere markets,” which are up to 50 percent lower than Silicon Valley’s.

On March 3, 2020, just a few weeks before the pandemic shuttered offices across the country, The Brookings Institution’s Mark Muro published a sobering report on the state of geographic diversity in the tech industry. Despite years of boosterism from “up-and-coming” tech hubs such as Atlanta, Denver, and Chicago, the analysis showed that a whopping 90 percent of the innovation sector’s employment growth over the past 15 years has been concentrated in just five coastal cities: Seattle, Boston, San Francisco, San Diego, and San Jose.

Muro and his colleagues cautioned that this extreme concentration of jobs and wealth created a wildly imbalanced “winner-take-most” result, and — at the time — called for massive federal funding to ensure populations of small and midsize cities don’t get left behind.

Fast forward just a few months, and Muro is now one of many experts encouraged by the rapidity of change ushered in by the pandemic. As he told the Washington Post, “as tragic a driver as COVID is, it could potentially precipitate a more healthy geography of tech.”

As companies increasingly look beyond their backyards in hiring, they’ll dramatically widen their talent pools (which Zapier CEO Wade Foster found in 2011 when he gave employees the flexibility to live where they want and saw increased job applications by over 50 percent). They’ll tap into highly skilled talent in outlier cities and find it easier to retain valuable employees as their lives change.

Perhaps most importantly, when coupled with strong diversity, equity, and inclusion (DEI) policies, they’ll collectively build more diverse workforces — not only geographically, but more inclusive of race, gender, and ideology.

Farewell: Hustle Culture That Prioritizes Work at All Costs

Before the pandemic, it was easy to believe that all startup employees resembled the casts of the HBO series Silicon Valley: Twentysomething coders in hoodies working literally around the clock. And the only grown-ups in the room? Steve Jobs-ian founders who demanded obsessive devotion from everyone around them.

It’s a narrative that erases the realities of parenting, caregiving, or any demands on time and energy outside of work. That quickly began to crumble this spring as employees, managers, and executives started having Zoom meetings with kids on their laps.

While the current situation is untenable for parents, the move to remote work has succeeded in lifting what professor of management practice Lynda Gratton calls “the veil of ignorance” around challenges employees may face outside of work. It has also eliminated commuting, and the average 54 hours a year Americans who drive to work spend in their cars.

Ultimately, whether a company shifts to 100 percent remote work or a hybrid model, this new acceptance of a reconfigured workday may help both executives and employees live more balanced lives — something Basecamp CEO Jason Fried has famously championed as essential to scaling a healthy business.

Hello: A New Frontier of Flexibility

None of this is to say that commercial real estate developers will be out of business anytime soon. Kate Lister, president of Global Workplace Analytics, predicts that workers will look for a “happy medium” between remote work and in-person offices. Creative solutions such as hybrid work weeks and desk-sharing will proliferate in coming years.

“Any kind of flexibility is something that people are really, really ripe for, just some control over where and when they work,” Lister told the New York Times.

This new paradigm shift requires strong leadership and active management, since remote work does risk increasing burnout and feelings of isolation. But lean startups who embrace it thoughtfully will find that a distributed workforce neatly aligns with the values of a healthy, sustainable business.

Nick is a Vice President at Elsewhere Partners where he co-leads investment efforts in infrastructure software. Previously, Nick was a software investor at Serent Capital and consultant at Bain. Originally from Indiana, Nick is passionate about bringing capital and operational expertise to companies outside traditional venture hubs.