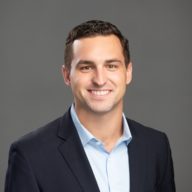 When Does a Majority Investment Make Sense for Founders?

The early years of startup life are defined by long hours, late nights, and near all-consuming thoughts about the business. While many founders are passionate about their idea, they also hope to get paid for this passion at some point.

The timeline to seeing a return on entrepreneurship varies for every founder. For a lucky few, it’s as soon as you come up with an idea and sell it. But for most, it takes years of work until you exit. Those in-between years are the trickiest; many founders, especially first-time bootstrapped founders who take no-to-low salaries, reach a point where they feel burned out mentally, physically, and financially.

It’s becoming more common for founders to relieve this financial pressure (and subsequently, the mental and physical pressure) by selling a select number of shares before their official exit—a process known as secondary liquidity. As Elsewhere Partners founder Chris Pacitti wrote in an earlier article on secondary liquidity, “It’s not an all or nothing. Founders can meet their immediate financial needs while still staying committed to their company and positioning themselves for further value and liquidity in the future.” This is true whether you sell a minority or majority stake in your company.

Though our previous article exploring secondary liquidity focused on the decision to sell a small percentage of shares, we’ve also worked on deals with founders who were ready to take a bigger step back from their business with a majority sale. Unlike many traditional venture capital firms, we are comfortable making majority growth investments at the “growth stage”, that is, $3 to $10 million in revenue. Unlike many private equity firms, we view 100% of our investments as “platforms” where founders can retain a small percentage of their ownership and participate in the future upside of the business.

In this article, I’ll share why we believe in a variety of secondary liquidity options, the risks and benefits of majority sales, and how to decide if it’s the right move for you.

Why we believe in secondary liquidity

Our mantra for every investment is “Do no harm.” We don’t want founders to be too exhausted to run their company, or feel unequipped to meet their growth goals. Whether a founder needs a boost towards their next personal financial milestone through a minority sale, or a break from running the day-to-day operations through a majority sale, we’re open to discussing how to both meet the needs of the business and the humans behind it.

We understand founders make significant sacrifices to build their businesses. As investors, we’re also familiar with the pressure of balancing financial security with risk. We want founders to benefit from their hard work as much as we want to benefit from our investments. In our experience, the best way to achieve both goals is to stay aligned on expectations. Sometimes, this means discussing secondary liquidity.

The pros and cons of majority sales

Majority sales can sometimes have a negative connotation. In many instances, they translate to selling your shares after years of hard work only to see a private equity firm chop up the company for parts. We’re one of the few investors who take a very different approach.

Even in early stages—when a company has $4 million to $5 million in revenue—we treat our majority transactions like growth investments, so your company stays intact. Whether you work with us or someone else, it’s worth understanding the benefits and challenges to consider with a majority sale.

Perhaps you’re running out of ideas, struggling to expand the business, or realizing you’re not the best fit for CEO long-term. You may also simply be ready for a well-deserved break. If you’ve spent the last several years building your company and now find yourself reaching a dead-end, a majority sale might make sense.

The founder of our portfolio company ActivTrak is a great example of someone who opted for a strategic majority investment. After operating the business for nearly a decade, ActivTrak’s founder was interested in selling the business at a fair price (and spending more time with his grandkids), but only if it meant retaining the culture and brand presence his team had worked so hard to build (vs. selling to traditional PE as a “bolt on”). That’s when we came in with a majority offer and a new C-Suite. After just a few years, the founder’s small percentage of rollover equity will likely be worth as much or more than his original proceeds, all while growing the platform and preserving the business’s roots.

If you’re bootstrapped and receiving inbound emails from VC or PE firms, then you’re in a good position to explore a majority sale. If you already have trusted investors, talk to them about your options and understand what they’ll bring to your business—from new leadership to operating advisor expertise to warm customer leads.

Remember: The larger the percentage of the company an investor owns, the more incentivized they are to provide resources and guide its success.

Have more questions about the financing process? We recently launched “Dear Investor,” a new series to honestly and transparently address founders’ capital and fundraising questions. Submit your questions here.