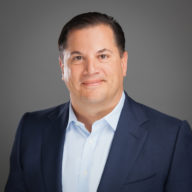 In my opinion, the entrepreneurial and venture community is overly obsessed with the "$1 billion or bust," grow at any cost approach to scaling emerging companies. This is the classic high-risk / high-reward VC model. However, there is a more pragmatic approach to building an emerging company that can be equally rewarding and far more consistently successful. It just requires more patience.

Most people don't know the backstory of two of the most successful software companies in Austin, SolarWinds and SailPoint. SolarWinds bootstrapped for eight years, was consistently profitable, and eventually navigated to a $4.5 billion exit. How much primary capital did SailPoint raise before going public? $20 million. $20 million in primary capital to get to a $2.5 billion public market cap.

These are incredible stories, but they aren't that unique. There is a long list of similar stories, outside of the major VC hubs, where forced capital efficiency (due to a lack of local funding sources) creates a fundamentally different company culture. These are companies that have achieved millions of dollars in revenue with little to no outside capital. And, when some eventually take funding, it is deployed to add resources to optimize the business for innovation and continued scalability.

As we search for the next SolarWinds or SailPoint (yes, we focus heavily on companies that start with an S), we try to ask entrepreneurs some version of:

"What are you obsessed with: collecting more customer capital or getting to the next round of venture capital?"

This question is asked honestly, as the answer puts companies on two different paths. Future access to venture capital requires significant outsized growth that may or may not be achievable (which often leads to the bust side of the equation). In contrast, a foundational obsession on customer capital to help make payroll leads to a tight product and market fit. It's the difference between managing your business toward a series of funding rounds versus running a capital efficient business with achievable, sustainable growth.

Or, as Ian Bresnahan, CEO of Itential puts it, "when it's your own money, you treat it like it's your own money." Something I've seen myself in working with many entrepreneurs starting out — it's not about the quick win but long-term sustainability.

As a thought leader in integrated software-based networking, Itential has a great story to share. For Ian, the goal was not to raise money on an idea, but first to demonstrate the technology worked and that there was a proven market for network automation.

"What got us excited was seeing the market transition coming in the networking domain," explains Itential's co-founder and CTO Chris Wade. "We went from voice to IP and the internet, and now we're going from physical CLI boxes to cloud-centric, visualized infrastructure. We've built a software company to leverage programmable networks and help our customers manage the transition."

To start, Chris spent two years running a customer's innovation lab. Understanding the challenges and opportunities through the lens of a customer (not as a partner or another software company) provided unique insights and laid the foundation for Itential's customer-centric culture. "We felt like if we raised money on an idea it could be fool's gold," points out Ian.

"We did not want to get capital and build but rather prove the technology worked first, close customers and then get capital to grow further. It's a different type of money that you're going after."

In the first few years, Itential achieved $10M in revenue without any outside capital. However, Ian and Chris soon realized that the growing demands from customers were starting to outpace its tight balance sheet. This is where we come into the story.

At Elsewhere, we've learned that capital — along with operational and venture experience — is part of the equation to help companies like Itential scale successfully. That means every portfolio company works with a subset of our Operating Advisors. For Itential, we brought in SolarWinds' former Chief Product Officer, Kenny Van Zant and former Head Geek, Josh Stephens. Their shared experience — scaling a capital-efficient software business in a similar market sector — became a foundational element to the partnership.

One year after investing in Itential, I asked Ian how the engagement has been from his perspective. "Fantastic. Most important are the people you've brought to the table for us. There are very few people that understand the complexity of what we're trying to do and how we're trying to do it. And you get it. We solve problems together and figure out how to address growth."

Beyond adopting a bootstrap mindset, what other advice do Ian and Chris have to share with entrepreneurs starting out?

"The first ten people you hire create the culture of the organization."

Find people that are inventive and innovative in how they think about things. One of their first hires had been in the gaming industry for six years. He knew how to build software at scale because he had 15,000 people playing his video games at the same time. When you have intelligent, accountable self-starters, the next generation of employees get excited to work with them.

Augment with people who've been through the growth cycle and know how to build a sales organization, marketing programs, and a scalable R and D organization. And then continue to hire and add onto the team unique skill sets that help you attack problems in a different way.

“Every year something that you do not anticipate happens, and it's usually pretty bad. But every time it makes you a better company.”

In the early days, Itential had a signed partner that canceled their contract a month before year-end. This greatly impacted Itential’s go-to-market strategy as the revenue they had anticipated got pushed out. In the end, they overcame the revenue gap by going direct and marketing aggressively to their existing customer base.

“Find the right partner for capital.”

Look for someone that not only helps with the funding, but can also help build your team and guide you through the journey. You need a partner that has core value alignment on how you go to market and grow. Transparency, honesty, and practicality are key attributes to look for as they’re going to be your sounding board to leverage for very important decisions.

Chris and Ian are clearly invested in running their business to build real business value, not just to build to the next up-round of funding. They started with the ultimate goal of being the thought leader in software for network automation. For them, being in the position to influence and transform other dormant types of industries is the exciting part and company culture and innovation remain the key focus.

And, for us at Elsewhere, it’s exciting to be part of their journey to get there.

Join me as I bring perspectives, stories, and insights from different companies focused on growing their businesses with a balance of creativity and practical operating principles.

Chris has 25 years of experience as an investor and passionate partner to software entrepreneurs. He founded Elsewhere Partners after identifying a tremendous unmet opportunity to invest and scale software companies that don’t fit the traditional VC model. Chris spent nearly two-decades at Austin Ventures, where he co-led technology investing.